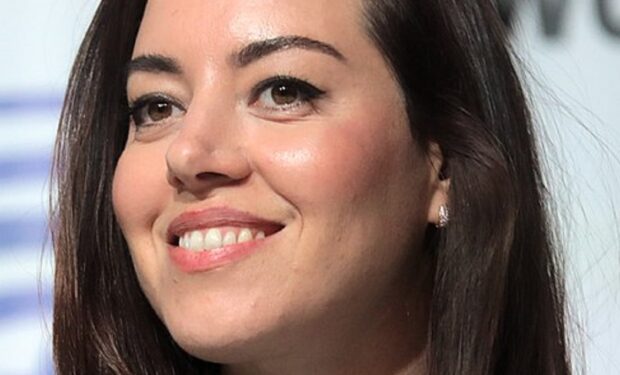 Hollywood movie star Aubrey Plaza has been busy this year. She’s been promoting her two movies Emily the Criminal and Spin Me Around (which stars director Alison Brie, Community), and the new season of Mike White‘s popular series The White Lotus set in Hawaii.

Get ready to see more of Plaza. She will appear next on the big screen in Guy Ritchie‘s Operation Fortune with David Stratham. The action/thriller/comedy is about a special agent (Stratham) and his team of operatives (including Plaza) who recruit one of Hollywood’s biggest movie stars (Josh Hartnett) to help them on an undercover mission. Operation Fortune will be released in theaters on January 12, 2023.

When Plaza recently showed up on a red carpet as a blonde, her fans went wild with praise. More than one replied: “Love you as a blonde!”

Megalopolis (which was written by Coppola) is about an architect who “wants to rebuild New York City as a utopia following a devastating disaster.” Yes, it’s a dramatic sci-fi film. Plaza co-stars with Adam Driver, and Academy Award-winners Forest Whitaker, Dustin Hoffman, and Jon Voight, among many others.