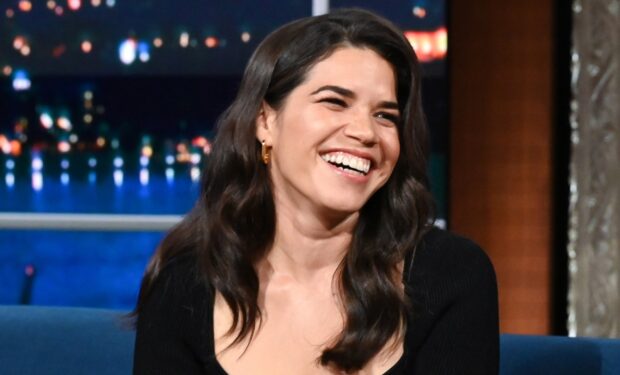 America Ferrera is known for many roles including the lovable twentysomething Betty Suarez in the popular TV comedy series Ugly Betty. Despite her lack of fashion sensibility and her adult braces, Betty lands a job working at upscale fashion magazine, Mode.

The vindictive creative director, Wilhelmina Slater (played by Broadway star Vanessa Williams) will do anything to to take over the magazine run by the owner’s son, Daniel Meade (Eric Mabius). Every day at the office, Betty is teased by Wilhelmina’s loyal assistant Marc St. James (Michael Urie).

Ugly Betty ran for four seasons and ended in 2010 but fans are still yearning for a reunion.

When Ferrera, Urie and Williams shared the candid photos above and below of their Ugly Betty reunion over dinner, their fans went wild and filled the comments section with pleas (“please bring it back!) and questions including “any chance of a new season?”

Ferrera has a role in the 2023 movie Barbie starring Margot Robbie and Ryan Gosling.