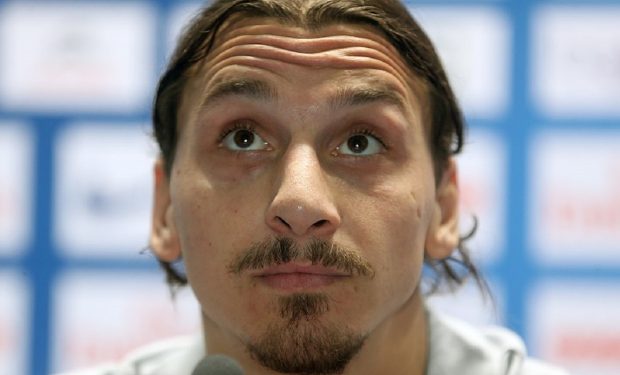 The great goal scoring Swede Zlatan Ibrahimovic won’t play in Qatar during the 2022 World Cup. Sadly for most football/soccer fans outside Poland, Ibrahimovic’s Sweden squad lost to Poland and failed to qualify for the world’s biggest tournament. (Poland’s win does give World Cup fans Robert Lewandowski as a very fine consolation prize.)

There is another consolation prize too, for those who don’t want to go through a whole World Cup without getting their Zlatan on. Netflix is showing THE SOCCER FOOTBALL MOVIE, featuring the inimitable Ibrahimovic — look at that physique! (Megan Rapinoe also stars.)

Ibrahimovic, whose confidence rivals that of Zeus or Alexander the Great, proclaimed in 2018 that a “World Cup without me is not worth watching.” (Sweden missed qualifying then too, despite his best efforts.)

The statement was issued tongue-in-cheek — millions still watched, of course. But there was just enough truth in it to solidify Ibrahimovic’s reputation as one of the world’s most entertaining egotists.

(Note: when Ibrahimovic signed to play for the Los Angeles Galaxy in the MLS, he took out a full page ad in the LA Times that said: “You’re welcome.” He later told a reporter: “I was too good for the whole competition. That is what I showed. And I’m the best ever to play in MLS and that is not me having ego or trying to show off now. That is true.”)

The 6’5″ Ibrahimovic now plays, at age 41, for A.C. Milan. He plans to return to regular play in 2023 after rehabbing a knee injury. The Netflix Zlatan, however, is all ready to go right now. And unlike in Qatar, you can have a beer while you watch.