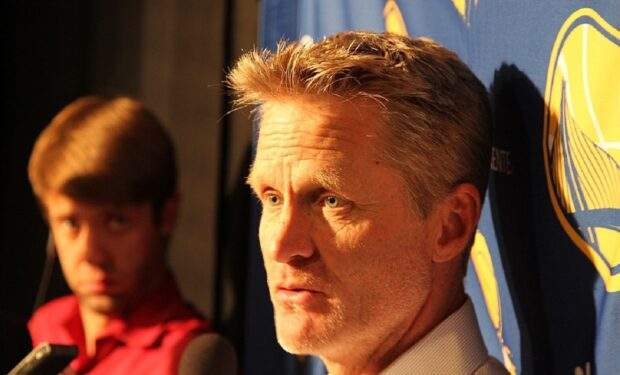 Golden State Warriors head coach Steve Kerr hasn’t done a lot of losing when blessed with a healthy roster. Kerr, whose career record is 432-205 (.678), tallied a good portion of those losses when stars Klay Thompson and Steph Curry were out for extended periods with injuries.

With the two stars healthy last year, the Warriors won their fourth title in eight years, cementing Kerr’s legacy as the leader of a genuine NBA dynasty.

But the (3-5) Warriors have struggled out of the gate as defending champs. TNT commentator and Hall-of-Famer Charles Barkley thinks it’s because the Warriors older players are slipping, as he said of Thompson and Draymond Green.

Another theory is that the Warriors are suffering from a so-called championship hangover, which describes a scenario where every opposing team is extra ready to face the champs and where the champs themselves lack a little of last year’s competitive fire.

The solution for both these possible reasons for the Warriors’ slack performance is young players who thrive in the system. Especially young players coming off the bench and providing spark and punch, which the Warriors — to their detriment — haven’t experienced yet this season.

Asked after a tough 116-109 loss to Miami why his bench hasn’t contributed in the way he expects, Kerr replied, “We’re still finding our way as a bench unit… All in all I was really pleased with the effort. The fact that guys played well enough to win [but] they didn’t close the game.”

Kerr added, “I’m really happy with our progress as a team. And the bench stuff, the young guys, that’ll all play itself out and we’ll be okay.”