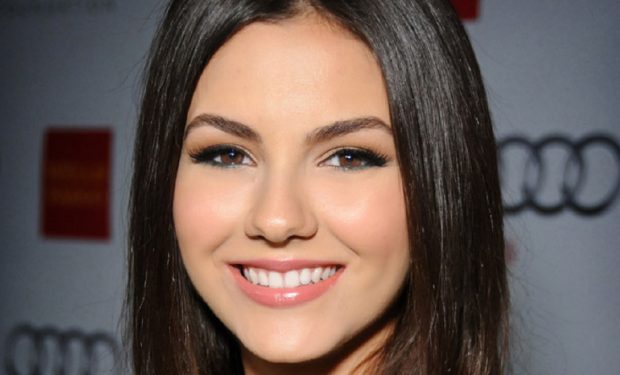 Victoria Justice is best known for her roles as a child star in the Nickelodeon series Zoey 101 (as Lola Martinez) and Victorious (Tori Vega). When not on a TV or movie set, the 29-year-old singer and actress occasionally poses in provocative ensembles.

When Justice shared the photo series below, of her in a crop top with a plunging neckline, holding an apple and a fake snake in the proverbial Garden of Eden, where Eve tempted God’s first creation, Adam, her fans voiced mixed reactions.

One fan replied: “This is just not right!!” Another chimed in: “Not funny to cosplay the woman who, along with her husband, doomed us to a life of suffering.” Another voiced his disappointment: “That is disturbing and not what I want to see from you.”

One lighthearted fan came to Justice’s defense and wrote: “People are really losing it at this lol.”

Get ready to see more of Justice: she finished filming the upcoming comedy California King.

According to imdb, California King is about a mattress store manager who tries to impress a young woman (Justice) but when he pretends to kidnap her brother, well, things get complicated. Jimmy Tatro, Travis Bennett, and Joel McHale co-star.