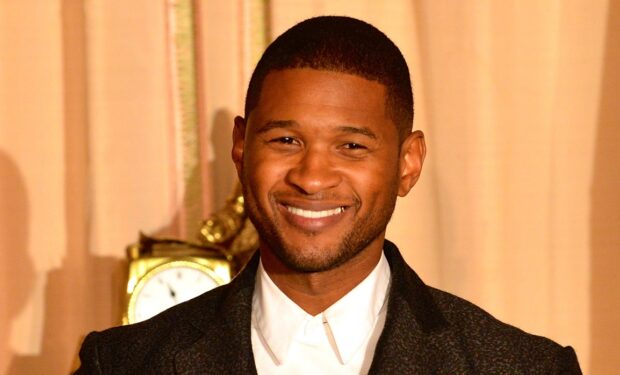 American triple-threat entertainer Usher is visiting the Arab nation of Saudi Arabia. When he shared the video below, of Usher on a galloping white horse in the desert, he wrote: “this how we pull up to the stage in Al-‘Ula.”

Al-‘Ula is an ancient walled city built at least 2,000 years ago. It is the future site of the luxury resort Sharaan, led by Saudi Arabia’s Crown Prince Mohammed bin Salman.

Usher’s millions of fans are going wild for the video which also includes clips from his concert. Fans are dropping fire emojis and applauding the dramatic scene. As one fan replied: “You was looking a Little scary at one point.“

While on the stage in Abu Dhabi, the capital of the United Arab Emirates, Usher wore local fashion (above) and dove into the crowd (swipe above).

Get ready to see more of Usher: he’s promoting his Vegas show in America, and his “My Way” 25th Anniversary Album, which includes the song ‘Slow Jam’ featuring Monica. He wears goggles on the top of his covered head for the album cover.