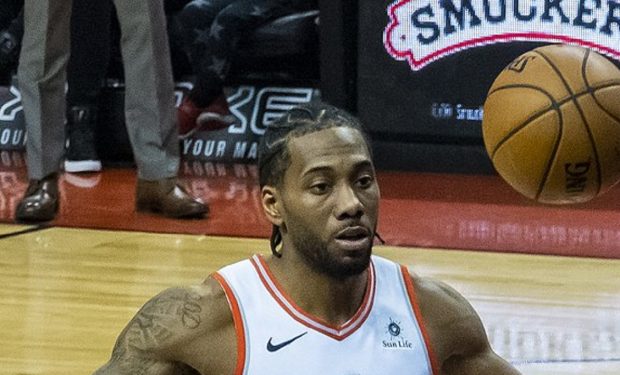 Clippers head coach Tyronn Lue is good in the locker room, not just the coach’s office. That’s why the former NBA champion (Lakers, 2001, 2002) is such a sought-after franchise leader.

Lue has a reputation for understanding today’s NBA players, and for speaking to them from a place they respect. After all, Lue won his chips with Kobe Bryant and Shaquille O’Neal and coached LeBron James to a title on Cleveland. He oozes credibility.

Yet recently Lue issued a statement that has the potential to be extremely disruptive for his Clippers, as he unequivocally declared that Kawhi Leonard, not Paul George, is the best player on his team.

Asked about the unusual circumstance of bringing a player of Leonard’s skill and status off the bench, which the Clippers did to ease Leonard’s return, Lue said:

“Yeah I didn’t like it. I mean, you got the best player, you look down sometimes the game’s going for so long you forget and then, you know, B Shaw come and tap you on your shoulder, you know, six, seven minutes go in the second quarter and you be like, ‘Oh, Kawhi’s ready.’ Oh, I forgot — because the game’s going.”

It was an uncharacteristically risky statement by Lue, who’s known to be a master of managing the big time egos present on every NBA roster. Indeed, one of the qualities necessary for being a “players coach” — as Lue is known — is a sensitivity to pecking orders, egos, and slights (real or perceived) among the players.

So it’s surprising to hear Lue essentially say that Leonard is superior to the rest of his roster, including his other superstar, Paul George. Especially because George has been the main guy while Leonard has been out — and because George is also known to be sensitive and, by his own admission, prone to self-doubt.

What was Lue thinking? And for that matter, is he even right?

It’s hard to argue against Leonard, who has won two NBA Finals MVPs, while George has none. Still the tale of the tape doesn’t spell out Leonard’s superiority so clearly. Leonard has been an NBA All-Star five times, George seven. George was voted onto the All-Defensive first or second team four times — then again, Leonard has won two Defensive Player of the Year Awards.

But what about right now? Should Lue even be thinking that Leonard tops George, given how little anybody has seen Leonard play lately? (He missed all last season with an injury and has played very limited minutes so far this year.)

Consider this: George has played 534 minutes to Leonard’s 67 this season. Leonard has made ten field goals, George 124. Maybe it’s like when Dwyane Wade said the Miami Heat was now LeBron’s team when King James arrived in South Beach? Wade was praised for his maturity in recognizing a superior talent, no matter how great his own. Is Paul George the Dwyane Wade of LA?

Still, it’s Paul George who has been doing the heavy lifting for Lue on both ends of the floor — while Leonard has been in street clothes. It’s reasonable for George to think, even if he doesn’t say it, “How you gonna go and call Kawhi our best player — what about me?”

Locker room chemistry is a fragile thing. Just ask the defending champion Golden State Warriors. Or better yet, ask Draymond Green and Jordan Poole, two Warriors who proved recently that the enemy is sometimes lurking within. Let’s see what the Clippers do with the pecking order, now that it’s been said aloud.