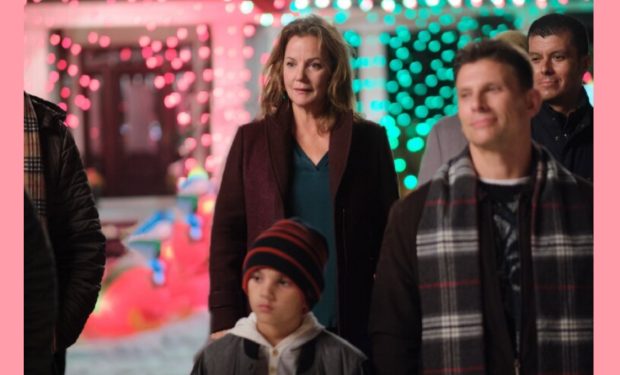 There are three male protagonists in the new Hallmark Channel ‘Countdown to Christmas’ movie Three Wise Men and a Baby. Three brothers (portrayed by Andrew W. Walker, Tyler Hynes, Paul Campbell) are surprised when they find themselves in charge of a baby during the holidays. Forced to drop their holiday plans, the three “wise” men bond while taking care of the infant and rediscover their love for Christmas.

Three Wise Men and a Bay is Colin’s debut on the Hallmark Channel.

Colin recently spoke about filming with all three “wise men” actors in one scene. She said the longer the scene continued, the more she got into it, “taking them to task, and everyone was laughing at what the Hallmark executives might think.” Colin said she treasured the “witty banter and the repartee between” the three men.

Three Wise Men and a Baby premieres on Hallmark Channel on Saturday, November 19 at 8 pm ET.