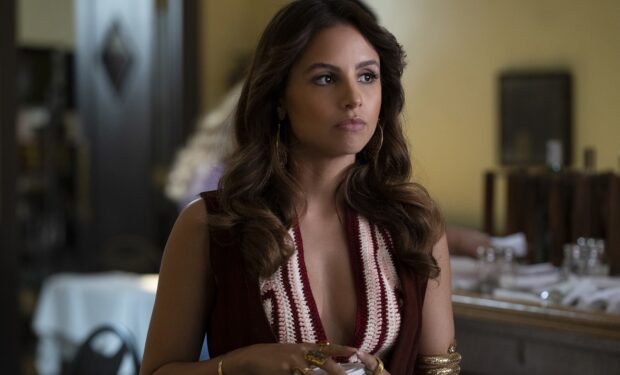 Get ready to see more of Hollywood star Aimee Carrero (The Offer). She stars in the black comedy horror film The Menu with Anya Taylor-Joy, Ralph Fiennes, Judith Light, and John Leguizamo, among others. It will be released in theaters on Friday, November 18. Creepy trailer below.

When Carrero attended the recent Women in Film event in Los Angeles, the 39-year-old Dominican Republic-born actress turned heads in a stunning backless dress by Max Mara (see below).

Carrero’s celebrity stylist Brad Goreski replied: “The queen of the over the shoulder!” with a series of fire emojis. More than one fan wrote “Wowza!” while another described the dress as: “Business in the front, party in the back.“

Carrero also stars in the upcoming Will Ferrell / Ryan Reynolds Christmas musical movie Spirited, which will be released on November 11. Trailer below.