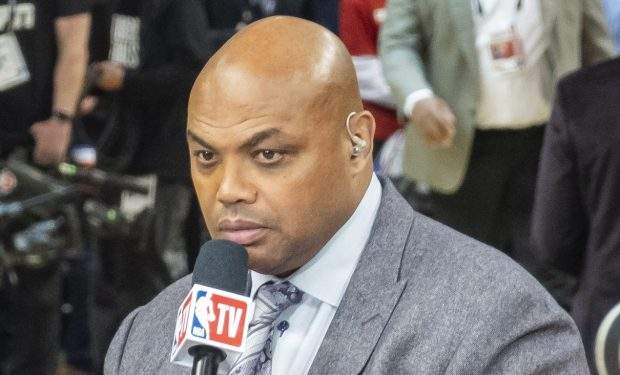 TNT’s delectable hoops commentary team got their soccer on, and the fellas — Shaq, Charles Barkley, Kenny Smith, and Ernie Johnson — had their kicking techniques critiqued by some of the stars of the UN Men’s National Team, currently competing in Qatar in the 2022 World Cup.

Shaq, Chuck and — especially — Kenny have no game when it comes to football, as the rest of the world sensibly calls this game of footskills. But Ernie Johnson?

Johnson, who played baseball in college at the University of Georgia, may not be the accomplished basketball star his colleagues are, but he’s a good athlete — and a hell of a lot better at soccer than any of them. The display below leaves little room for doubt.

USMNT star Tim Weah is among the American soccer elite who give Ernie his props after he puts some spin and power on his penalty kicks above. Weah knows a bit about finding the back of the net — he scored the opening goal for the American side in their first World Cup 2022 game against Wales (a 1-1 draw).

Weah really seems to enjoy the Johnson action, saying “that boy Ernie going crazy. He got them old bones. He still putting in work. I love to see it.”