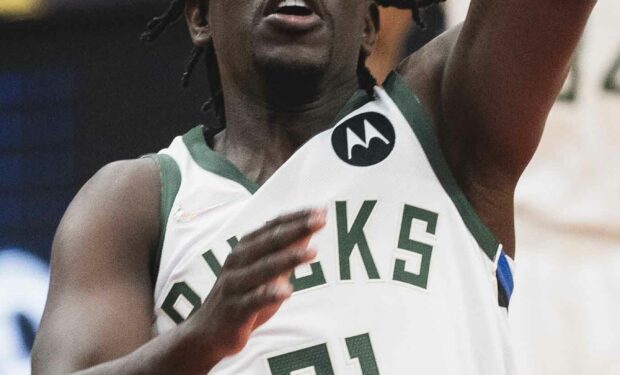 Prescient point guard Jrue Holiday scored 29 points in 34 minutes to keep the Milwaukee Bucks atop the NBA with a perfect 8-0 record. The 8-0 start matches a franchise record only two other Bucks teams in history have reached.

In a 115-102 road win versus a talented Minnesota Timberwolves squad, Holiday owned the floor on offense and defense. His teammate — also a pretty good player — Giannis Antetokounmpo chipped in 26 points with 13 boards and 11 assists.

Antetokounmpo is having an MVP-level campaign so far, something the 2x NBA MVP is used to doing. But what he’s not used to doing is performing at this level without the Bucks’ second-best player in uniform. The Bucks Khris Middleton, a perennial All-Star, has been out of the lineup and yet the Bucks haven’t missed him.

That’s due to the entire Bucks team effort, which is being led in equal parts by Antetokounmpo and Holiday. How do Coach Budenholzer‘s selfless Bucks hold together? One fan answered perfectly on Instagram: “Jrue The GLUE.”

Holiday, a 6’5″ UCLA product, has notched double digit assists in three of the Bucks eight wins and scored 25 or more points in half of them. That’s offensive production coming from — and this is what makes the Bucks truly special — a four-time NBA All-Defensive team member.