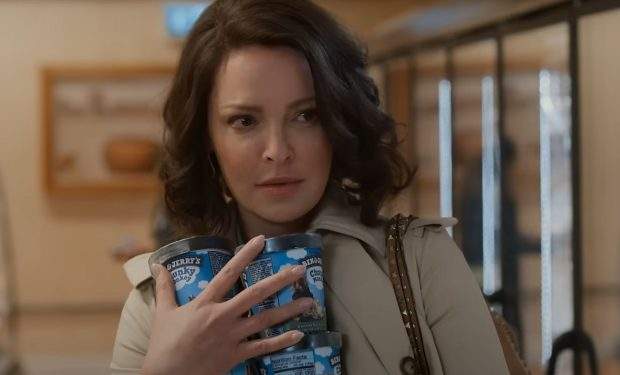 The former Grey’s Anatomy star plays the character Tully Hart, a TV personality who sets out to make a documentary about finding her father with the support of her best friend Kate (Chalke) who’s going through her own personal drama.

When not on a set or promoting Firefly Lane, Heigl spends time at home. When she shared the photo above, of her in a stunning yellow ruffle mini dress with a plunging neckline and long strand of pearls, she wrote: “Me when the kids are finally asleep” with a winking emoji.

Heigl’s husband, Josh Kelley (above with their three children), replied: “Damn right” with a fire emoji. Another admirer replied: “Dang, those legs!”

Season 2 of Firefly Lane will be released on Netflix on Friday, December 2, 2022.