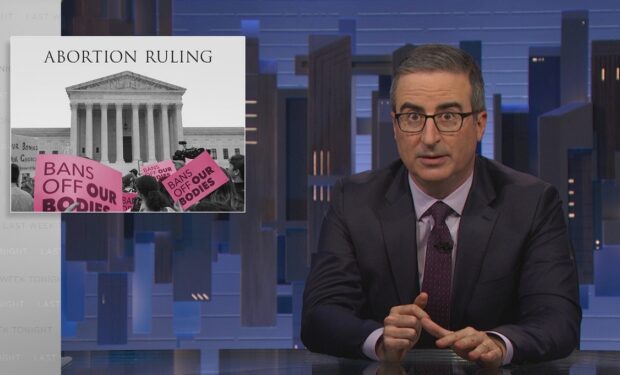 John Oliver took aim at a different target in his final Last Week Tonight program on HBO before the mid-term elections. Instead of looking at the manifest dangers of voter suppression, Oliver looks at an even more clear and present danger: election subversion.

That is, taking a legitimate election and decertifying or overturning the results, because that’s what you can do and want to do.

January 6 was an attempt at subverting the last presidential election, but that attempt was relatively clumsy, a violent and ultimately futile attack on the legislative chamber. (Futile insofar as affecting the results, but hardly inconsequential to those injured or killed.)

What Oliver discusses below is the pledge by Jim Marchant, chairman of the America First Secretaries of State Coalition, to make certain Donald Trump is president after the next election — no matter how the people vote. Marchant says he will “fix elections” — either unware or unconcerned with how the word fix is employed there.

Marchant, whom Oliver says looks like a mini version (a “smaller, paler version”) of Trump — or the “Pokemon that Trump evolves from” — issues his chilling promise as Trump looks on.

Marchant is clearly promising to deliver the result Trump wants, pledging to do what Georgia Secretary of State Brad Raffensperger wouldn’t do back in 2020, when Trump asked Raffensperger to “find 11,780 votes.”

“What I knew is that we didn’t have any votes to find,” Raffensperger said at the time. It’s the kind of statement Marchant essentially promises he won’t make, given the chance, no matter what the real voters have expressed.