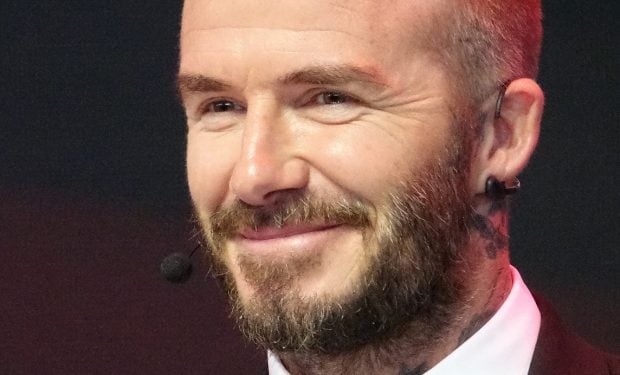 David Beckham loves stuff, especially stuff about the World Cup host nation Qatar. The country has fish markets, spices and tacos, all of which Beckham loves. Beckham loves not just the food but the “food culture” in Qatar, as well as sundry other items that he finds as he strolls around the country, followed by a camera.

Beckham professes all this love in advertisements for Qatar because he is functioning as an “ambassador” for the country as the 2022 World Cup is in action there.

Beckham’s profusion of love proved a bit too much for comedian John Oliver though, because, well, Beckham’s being paid to say it. Oliver took the opportunity to laugh at Beckham throughout the segment below on Last Week Tonight.

“They really should have just kept taking [Beckham] to places to see what they could get him to say he loves for money,” Oliver chuckles, suggesting that for enough oil loot Beckham might say he loves public toilets.

It’s also notable that for all the money Qatar paid Beckham, they might also have hired a more perspicacious editor for these commercials. The whole point, presumably, of Beckham’s fulsome praise of this small oil-rich Mideast nation is to prove that Qatar really is somewhere, a place one should wish to go and visit.

Yet they let Beckham say that one of the things he loves most while there is his sensation of being nowhere. Making camp in the desert, Beckham says “I love being in the middle of nowhere and talking and eating.” Nowhere? Safe to say that is not what Qatar wants to be called.

Oliver isn’t the only comedian taking aim at the former English football star, whose ball-bending is famous through the world. Just before the World Cup started, another British comedian, Joe Lycell, pledged to shred 10,000 pounds if Beckham didn’t renounce his Qatar ambassadorship. Why?

Because Beckham, an icon in the LGBTQ community for his advocacy (and for marrying a Spice Girl — the “gayest” thing you can do — according to Lycell) is doing this promotional work for a country with brutally repressive laws restricting gay rights.

Lycell apparently did not shred the money, but instead donated it after his ultimatum failed to change Beckham’s mind about loving Qatar for money. John Oliver’s laughter won’t change Beckham’s mind either, but it takes more than one voice to make a chorus. Here are two comedians singing their songs.