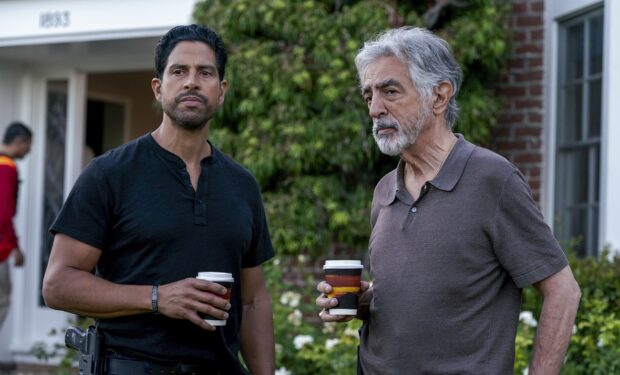 Joe Mantegna is reprising his role as David Rossi in the Criminal Minds spinoff Evolution. According to CBS, “the FBI’s elite team of criminal profilers come up against their greatest threat yet, an UnSub who has used the pandemic to build a network of other serial killers. As the world opens back up and the network goes operational, the team must hunt them down, one murder at a time.”

When Mantegna shared the on-set video below, he wrote: “Some things at the BAU haven’t changed a bit.”

His fans are going wild with surprise and want to know if the character Spencer Reid (Matthew Gray Gubler) is coming back, too. More than one replied: “Screaming and crying!” (Note: Gubler is not mentioned in the promotional materials provided by CBS.)

Gubler stars in the video below, taken from their “last table reading” for Criminal Minds in February 2020.

Criminal Minds: Evolution premieres with two episodes on Thanksgiving Day, Thursday, Nov. 24, exclusively on Paramount+, and a special broadcast of the first episode will air that night on CBS at 10 pm ET.