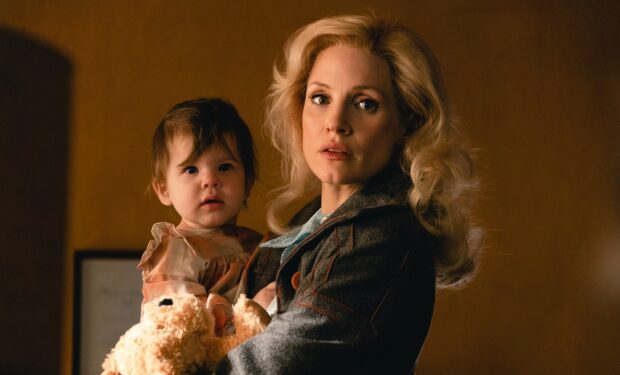 Chris McCarthy, President/CEO, Showtime and Paramount Media Networks said: “Jessica and Michael are truly extraordinary as Tammy and George and their searing performances and undeniable chemistry bring to life the legendary relationship of the King and Queen of country music.”

When actress Krysten Ritter (Jessica Jones, Breaking Bad, Big Eyes) saw the trailer above, she told Chastain: “Wow. Clear off some shelves!” Fans (including Ritter) believe Chastain will win an award (a Primetime Emmy Award would be appropriate here) for her performance.

The premiere episode of GEORGE & TAMMY will debut simultaneously on SHOWTIME and on the Paramount Network behind Yellowstone commercial free on Sunday, December 4 at 9 pm ET.