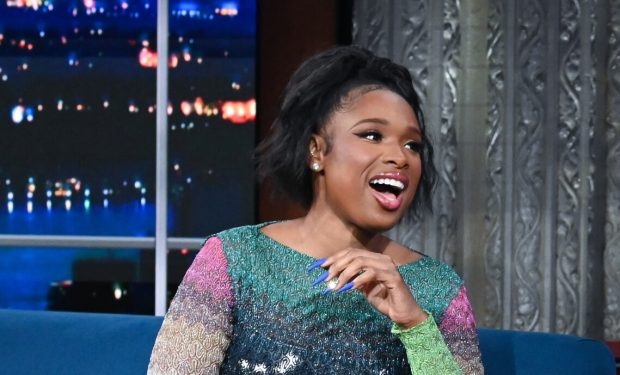 When not on a Hollywood movie set or singing on stage, Jennifer Hudson hosts her own daytime talk show, The Jennifer Hudson Show. On the show, Hudson likes to get to know her famous guests better by asking them a slew of questions. When she had the legendary soul singer Chaka Khan on the show, JHud started out asking about Khan’s first impressions of the late great Prince. Khaka Chan admitted that she didn’t know “the little dude” had a special gift right away.

The most revealing secret revealed during the game of questions with Khan was about the 1985 movie The Color Purple based on Alice Walker‘s 1982 novel of the same title.

A post shared by The Jennifer Hudson Show (@jenniferhudsonshow)

Khan says she was approached by director Steven Spielberg to play the character Ceily. After Khan (then in her early 20s) turned down the role, Whoopi Goldberg took the role and starred opposite Oprah Winfrey and Danny Glover.

As seen in the video above, Hudson is surprised to learn that Chaka Khan could have been Ceile. Chan admits, in retrospect, “It would’ve been hot.” Hudson replies, “That would have been a whole different color purple.” Hudson made her Broadway debut in the 2015 musical The Color Purple (as Shug).

Get ready to hear more about The Color Purple: a film adaptation of the musical is in the works and scheduled for a December 20, 2023 release. Fantasia plays Celie; Taraji P. Henson plays Shug. Spielberg and Oprah are executive producers on the film project.

Watch Hudson in the CBS Sunday Morning interview above, before her Broadway debut.