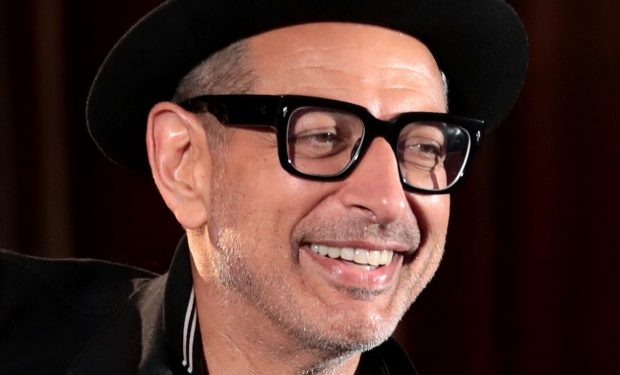 When not on a Hollywood movie set, Jeff Goldblum (Jurassic Park, The Big Chill, The Fly) spends time with his gorgeous, former Olympic rhythemic gymnast wife, Emilie Goldberg and their twin boys.

Jeff recently celebrated his 70th birthday at home with the fam, see cute photos below.

Not only is Goldblum a talented and curious actor but he’s also known for his fashion-forward style. When Emilie, 39, returned home and saw her husband in the yellow corduroy suit below, she says “I squealed.”

Emilie reports that supermodel Gigi Hadid (who is the creative director of the fashion brand Guest in Residence and collaborated with design label Bode to make the custom fit) gifted it to Goldblum. Emilie says: “I was beyond over the moon because I just love her style and how well these insanely creatives pieces look so good on Jeff!!! Plus it’s super cozy to nuzzle up to!!!”

Get ready to see more of Jeff Goldblum: rumor has it that he’s playing the Wizard in the film Wicked, a two-part feature film adaptation of the Broadway musical, which is scheduled for a December 23, 2024 release.