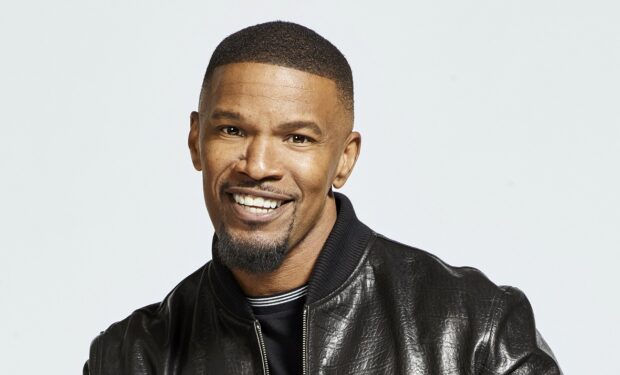 Hollywood movie star Jamie Foxx is known for his roles in Ray, Django Unchained, Collateral, and Dreamgirls, among others. The 54-year-old triple threat is now in London shooting his next film.

As seen in the video above, Foxx is doing his own stunts — that’s him sliding off a motorcycle (with a tether and matted pad between him and the pavement). Foxx’s fans are going wild for the clip. As one replied: “Come on Jamie! Bruise it up!!“

Get ready to see more of Foxx: he stars in the upcoming sci-fi comedy They Cloned Tyrone with Kiefer Sutherland (24, Designated Survivor, The Lost Boys) and John Boyega (Star Wars: Episodes VII and VIII, The Woman King).

It’s a “pulpy mystery caper” about three men “on the trail of a nefarious government conspiracy.” Bonus: Foxx’s former In Living Color co-star David Alan Grier has a role in They Cloned Tyrone, too.

Or, you can catch Foxx talking about and driving fancy cars on the series Million Dollar Wheels, trailer above.