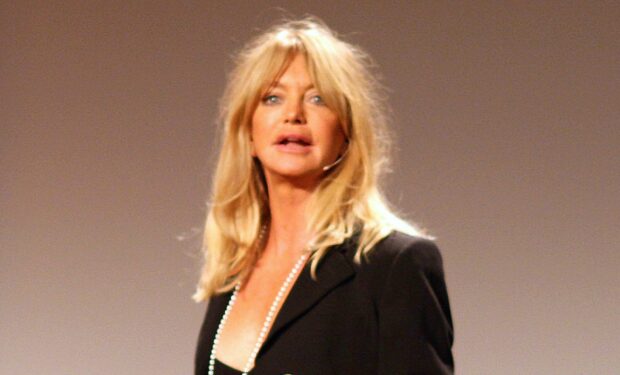 When Hudson shared her mother’s “Keep your mind up” exercise video below, Hudson wrote: “Does it get any cuter…?! I can’t.”

As seen in the video, Hawn suggests bouncing on a trampoline, lifting wine bottles if you don’t have weights, and walking. Hawn says walking is the most important and if you want to walk backward (as she demonstrates on her street in bike shorts) it’s great because “your using a whole different part of the brain.”

The 76-year-old reminds fans: “We all know the physical benefits of exercise but it can also profoundly impact our mental health in an amazing way.”

Fans hope to see more of Hawn: it’s rumored that she’s reuniting with her First Wives Club co-stars, Bette Midler and Diane Keaton for a Christmas movie titled A Childhood History Plan. It’s about three women who “are forced to spend Christmas together, along with their children and grandchildren, after the man they were all once married to drops dead in a New York City department store.”