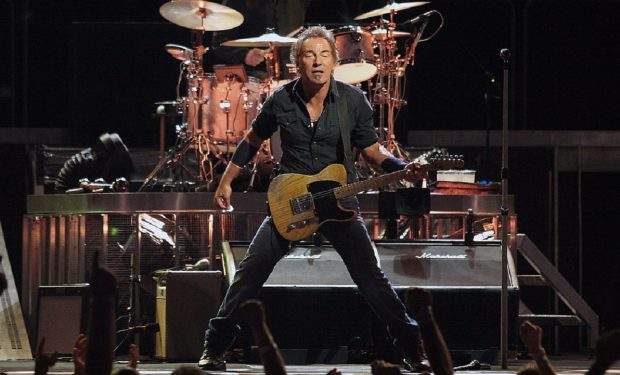 Howard Stern was visibly moved as he spoke on Morning Joe about his interview with rock legend Bruce Springsteen, telling the audience, “This is a guy who has lived a long life, but he’s really learned a lot and he shared a lot of wisdom.”

Stern said of his two-and-a-half our interview with Springsteen that he felt the musician “was patient with me and really gave me a gift.” Stern went on Morning Joe to promote the interview, but he sounded less like a showbiz guest than an evangelist, with something to share that he felt might be helpful — and so deserved as wide an audience as possible.

“I felt so strongly that there was something to be learned here. Inspirational, even for non-musicians, you know, anybody who’s trying to make it in their career.”

"You can't help falling in love with him in this interview. I certainly did— He really gave me a gift."— @HowardStern on The Boss, Springsteen pic.twitter.com/C0QCBZGvA0

“Wow,” Stern continued, “I think all of us, no matter what it is, your career, you could learn from Bruce Springsteen. He’s a pretty dynamic guy.”

And yes, The Boss plays a little during those 2-plus hours. Here he is doing a touch of “Thunder Road” — a song that strikes a very deep chord in so many fans. “Like a vision she dances across the porch as the radio plays…”

In case anyone needs this today

This one song always pulls at my heart pic.twitter.com/hDtiyC4J3q