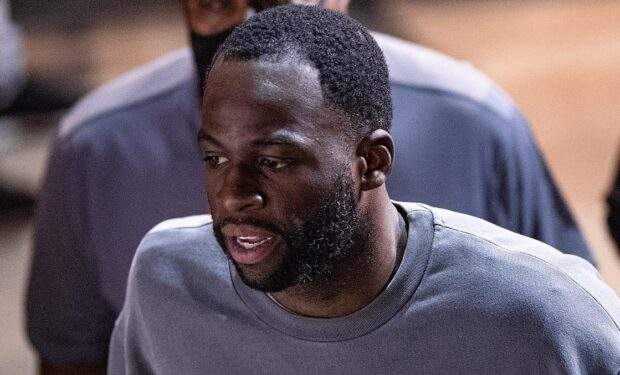 The Golden State Warriors got their first road win of the season in Houston, knocking off the Rockets 127-120. The story of the game — beyond Steph Curry‘s 15 assists — was the breakout performance of surefire Hall of Famer Klay Thompson, who has been struggling to find his form.

Thompson poured in 41 points on 14-for-23 shooting, leading Warriors forward Draymond Green to say this about the performance: “It was beautiful.”

Does Green see a difference in this resurgent version of Klay Thompson and the Thompson who struggled out of the gate? Yes, and he reveals exactly what the key difference is. And how it affects the Warriors for the good.

Sounds like a simple formula — and it is the formula that led the Warriors to win four of the last eight NBA titles. But the spotlight on Thompson, as he has strived to recover fully from multiple injuries, has been bright and distracting. Green says that ignoring the individual spotlights and basking in the team lighting is what works. He should know.

Green went on to say of Thompson: “I’ve always said he’s the most competitive guy I’ve played with, and the most important thing to him has always been winning.” That’s coming from a teammate of 2x NBA MVP Curry, who’s known to be a little competitive himself.