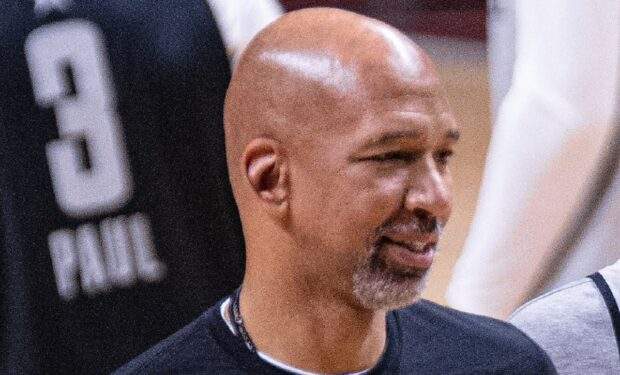 Phoenix Suns guard Devin Booker is making eyes at the Kia NBA MVP Award, but the hot-shooting All-Star’s priorities aren’t geared toward individual accolades. Booker’s Suns bowed out of the playoffs early last year, after a surprising run to the NBA Finals in 2021 gave Booker the taste of success in first playoff experience.

Now Booker, along with Suns point guard Chris Paul and re-signed big man Deandre Ayton, are trying to show the NBA (and themselves) that the 2021 NBA Finals Suns is the team’s authentic self, not the more recent flameout Suns of 2022, who lost in the Conference semifinals 4-1 to a surging Dallas Mavericks squad led by Luka Doncic.

Booker and the Suns are off to a blistering 2022-23 start, with a victory over the mercurial Minnesota Timberwolves pushing their record to 6-1, tops in the Western Conference.

The Suns early prowess has TNT talking head Charles Barkley scratching his head and asking: “Besides Phoenix, I’m trying to figure out who else is good in the West.” It’s a good question as the Warriors, Clippers and other vaunted franchises struggle out of the gate.

If Barkley looked at the stats, he’d see two points that really stand out about the hot Suns (his former team).

Through the first 7 games, the Suns rank #1 in the NBA in field goals made and in Offensive Rating, a measure of points scored by teams per 100 possessions. The Suns have put up 119.8 per 100 possessions so far. Booker, Ayton, and the dynamic Mikal Bridges are all shooting 50% or better from the field.

But even more important for a team that is preparing for a title run, not just early success? The Suns are currently ranked #5 in the NBA for Defensive Rating, the points a team gives up per 100 possessions, keeping their points allowed to a relatively stingy 107.8.