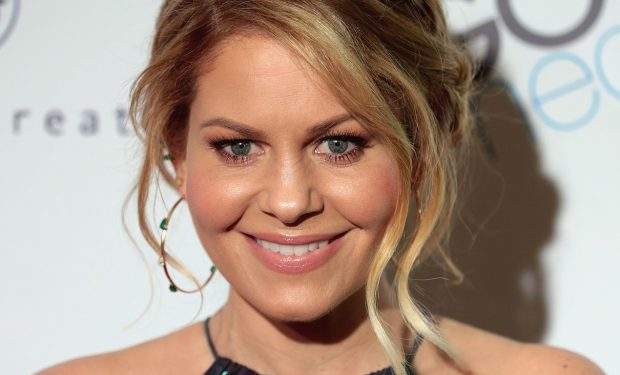 It’s no secret that actress Candace Cameron Bure is a devout Christian. On Instagram, the Full House alum describes herself as wife, mom, and sister in Christ, among other titles.

Bure made headlines recently for leaving Hallmark Channel (home of her Aurora Teagarden Mysteries series) for the media company Great American Family, with whom Bure says she’s excited to promote “traditional marriages” in her upcoming GAF, as seen in the trailer below.

A number of celebrities, including country music star Maren Morris and One Tree Hill alum Hilarie Burton, have chided Bure for promoting a notion of marriage that excludes same-sex marriages. Bure has responded to the backlash by telling her critics, “I love you.”

In the video above, Bure continues to share “God’s love” by leaving prayers on the windows of cars in a Vons parking lot. The printed prayers are from her new partnership with Christian gift company DaySpring. Bure mentions in the promotional video that these new Christian cards are available at Walmart.

Bure also excitedly reveals in the video that she has signed a number of the printed prayers including one that features the Romans 13:8 verse, which in the King James Bible reads:” “Owe no man any thing, but to love one another: for he that loveth another hath fulfilled the law.”