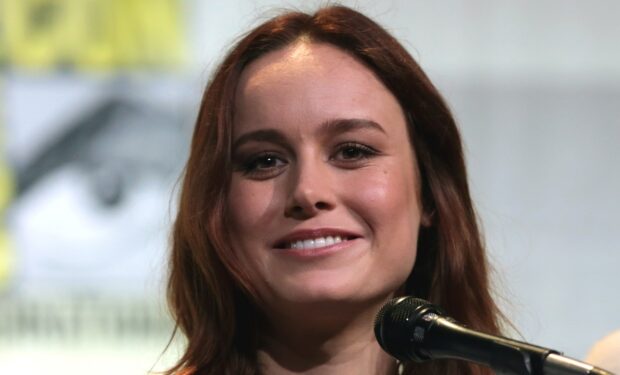 When not on a Hollywood movie set, Academy Award winner Brie Larson (Room, Captain Marvel) keeps fit. As seen in the video below, a bare-handed Larson climbed the Grand Teton Range which is situated in the Rocky Mountains in the National Park Wyoming. The highest point of elevation on Grand Teton is 13,775 ft.

When Larson shared the “bloopers” video above, the 33-year-old California native wrote: “This was the toughest thing I’ve ever done. Climbing the Grand Teton is NO joke.”

One theory on the internet claims early “sex starved” French Canadian trappers named the mountain range les trois tétons (“the three nipples”) after the breast-like shapes of its peaks. However, author Jesse Lee O’Connor says the conventional perception is mistaken.

O’Connor clarifies: “First, there is only one Grand Teton. Grand means large. Though often described so in print, there are in fact no “Grand Tetons.”

Get ready to see more of Larson: she will appear next in the series Lessons in Chemistry. Set in the early 1960s, Elizabeth Zotts’ (Larson) dream of being a scientist is put on hold when she finds herself pregnant, alone and fired from her lab.