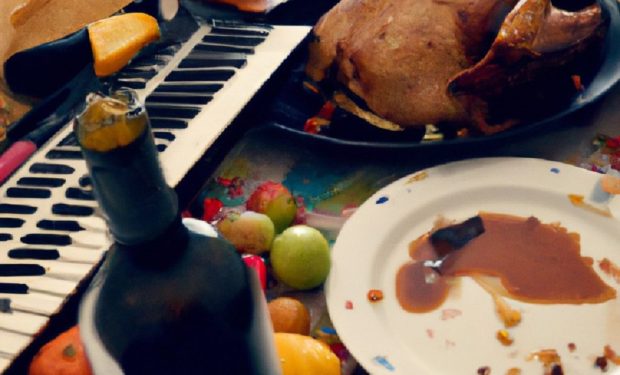 Arlo Guthrie is a singer, composer, musician and actor. He was born in Brooklyn in 1947 to a legendary and troubled troubadour named Woody and Woody’s wife, Marjorie, who for a time danced with Martha Graham.

In spite of this weighty heritage, Arlo established his own identity as a performer early on, maintaining a rare level of integrity given his fame and the ever present opportunities to capitalize on it.

Guthrie’s credibility as an artist and free spirit has earned him a large measure of respect from fans and critics alike.

Here is film director Cameron Crowe — who got his (Almost Famous) start as a rock music writer — reviewing a self-titled Arlo Guthrie record in 1974 for the LA Times:

“Arlo Guthrie’s well-conceived and tasteful versatility, from the gospel of ‘Go Down Moses,’ to the folk of his father Woody’s ‘Deportees,’ is very impressive. A fine album.”

But even in that review, the famously precocious Crowe has to acknowledge that next to Guthrie’s Thanksgiving classic, “Alice’s Restaurant,” everything else Guthrie does was perceived as secondary — at least as far as cultural impact.

Crowe began his ’74 review saying that “to most members of the record-buying audience, Arlo Guthrie is still the whimsically antiestablishment composer of the novelty tune ‘Alice’s Restaurant’.” For better or worse, he remains so today, even if few people buy records.

Guthrie’s enduring 18 minutes of musical mischief — officially entitled “Alice’s Restaurant Massacree” (sic) — has found the sort of eternal life as a Thanksgiving song that “Jingle Bells” has at Christmas.

The funny, ingenious, joyfully told tale — spoken-sung — takes off from a real incident that happened to Arlo one Thanksgiving Day. He may not have realized it at the time of composition, but he’d also written a script — “Alice’s Restaurant,” the movie, came out in 1969 (when, let’s face it, what didn’t come out?).

For millions of radio listeners, the song has become the keynote of the Thanksgiving holiday. Hundreds of FM stations — and satellite radio, streaming, anywhere with a DJ or playlist — play the whole dang massacree every turkey day.