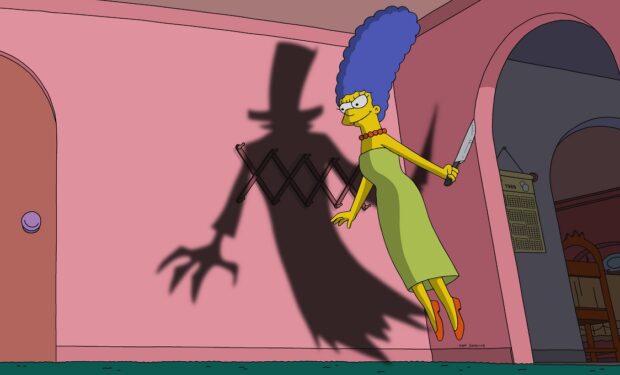 In the Season 33 episode of The Simpsons, ‘Treehouse of Horror XXXIII,’ according to FOX, “in a book-themed trilogy, Marge’s resentment takes monstrous form, Lisa tries to save the planet through an anime murder spree and in a segment that breaks Matt Groening’s biggest rule: Homer learns he’s not the man he thought he was.”

Below is a scene from the ‘Treehouse of Horror III’ episode from Season 4. According to The Simpsons Instagram account the scene used repeated animation to add time. “Spooky!”