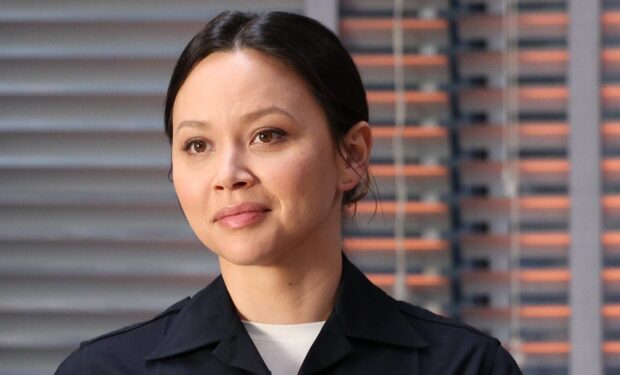 On The Rookie episode “The Reckoning,’ while Wesley (Shawn Ashmore) grows increasingly concerned about his deposition, John Nolan (Nathan Fillion) and the team investigate a cash deposit linked to an old DEA case. It’s Halloween — the money is supposedly cursed.

On a lighter note, things appear to get interesting between Officers Tim Bradford (Eric Winter) and Lucy Chen (Melissa O’Neil).

As seen in the video above, Chen doesn’t look unhappy when Tim tells her he and Ashley broke up. The Rookie fans are more than excited: “Please let Chenford happen this season!” and “Chenford is getting closer!” and “we gonna get chenford after 5 seasons?” And: “For the love of God, stop dragging it out, make them a couple already.” And another; “My girl Lucy is wearing her heart on her sleeve. Like come on Tim give her some sugar.“

The Rookie airs Sundays at 10 pm on ABC, right after Celebrity Wheel of Fortune at 9 pm and Celebrity Jeopardy! at 8 pm.