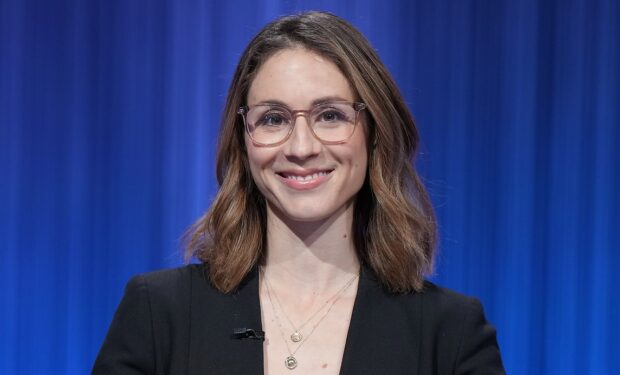 Three celebrities battle head-to-head for a chance to advance to the semifinal round of the first season of Celebrity Jeopardy! They are: Pretty Little Liars star Troian Bellisario, former child star Wil Wheaton (Stand By Me, Star Trek, The Big Bang Theory), and comedian Hasan Minhaj.

When not raising money for a good cause, Troian spends time with her husband, actor Patrick J. Adams (Suits).

Get ready to see more of Troian and Patrick: together they star in the upcoming time-travel series Plan B. It’s about “a controlling husband (Adams) who wants a successful family goes back in time to try to change the course of events and the outcome of his failing marriage.” Plan B is scheduled for a winter 2023 release.

Celebrity Jeopardy! airs Sundays at 8 pm on ABC, right before Celebrity Wheel of Fortune at 9 pm.