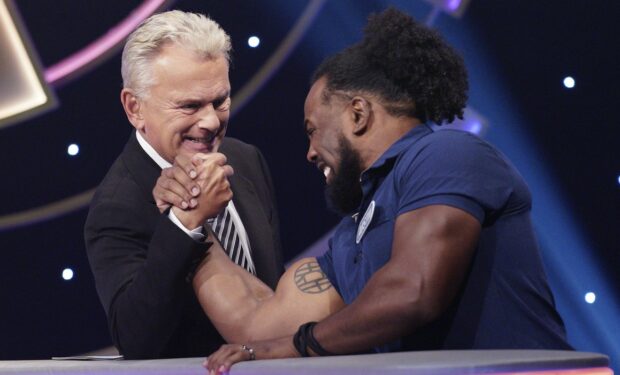 Sajak and Creed on Celebrity Wheel of Fortune (ABC/Christopher Willard)

On WWE SmackDown Austin goes by the ring name Xavier Woods. He also makes public appearances outside of wrestling under the name Austin Creed. As seen in the video below, Austin is more than pumped about the opportunity to meet the hosts, own the board and buy the vowels.

When not spinning the Wheel and solving puzzles for a change to win more than $1 million for a charity of his choice, Austin Creed agrees to arm wrestle Sajak.

Celebrity Wheel of Fortune airs Sundays at 9 pm on ABC, right after Celebrity Jeopardy! at 8 pm.