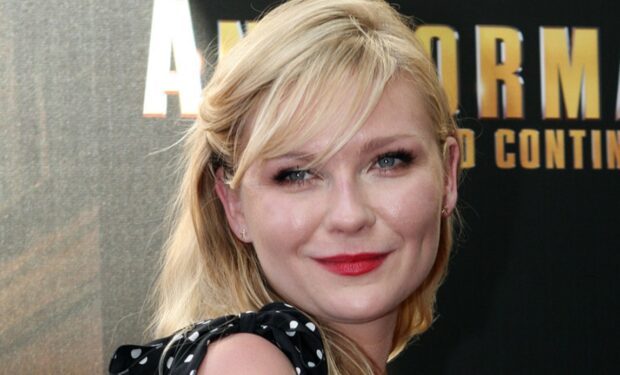 Hollywood movie star Kirsten Dunst (Spider-Man, Little Women, The Power of the Dog, Bring It) has amassed more than 2 million followers on Instagram. When her friend and filmmaker Sofia Coppola joined the social media platform, Dunst welcomed Coppola and shared the photo below.

That’s Coppola directing Dunst in the 1999 film The Virgin Suicides based on the Jeffrey Eugenides novel of the same title. Dunst played one of the five sisters who were sheltered by their strict, religious parents (James Woods, Kathleen Turner) in suburban Detroit in the mid 1970s.

babe wake up sofia coppola dropped a new behind the scenes photo of kirsten on the set of the virgin suicides pic.twitter.com/zO3KOUttpF

On Instagram, Coppola shared the photo above and wrote: “Kirsten as Lux in The Virgin Suicides, shot by Corinne Day, whose photos I’ve always loved and was happy to have known her. Nice to be back in Toronto where we shot VS in ’99!”

Coppola also directed Dunst in the 2006 biopic Marie Antoinette, and in the 2017 Southern Gothic thriller The Beguiled.

when sofia coppola said this was gonna be a low budget film i didnt think it wld be this bad pic.twitter.com/aNVLOAnpkz

Get ready to see more of Coppola: she’s filming Priscilla, a biopic about Priscilla Presley, which she wrote the script for, which is based on Presley’s best-selling memoir, Elvis and Me. Cailee Spaeny stars as Priscilla and Jacob Elordi as Elvis.