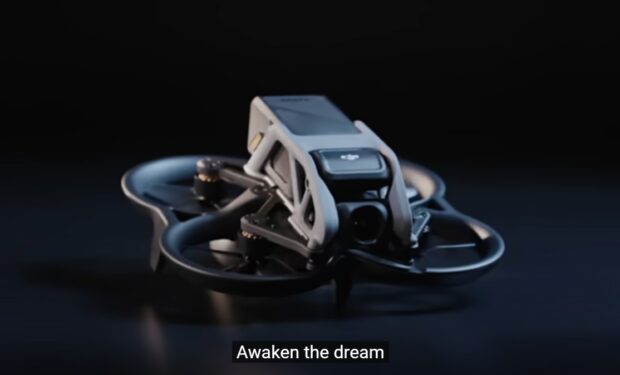 It’s gadget time on the calendar, when the tech-addicted think long and hard about that upgrade — or just spending that little bit extra — that we might not consider the rest if the year. After all, people are making their lists, as Santa advises, and no matter the evidence you see in the world, almost everyone thinks they’re on the NICE list. Why not get rewarded by taking flight? Drone style, that is.

One of the most popular items we’re seeing on Christmas wish lists this year is the DJI Avata camera drone, the swift smaller sibling of DJI’s impressive FPV line of drones.

The Avata is making fast friends, locking down five star reviews from customers and winning over the professionals too. The lead comment on the YouTube intro video attests: “I’ll be honest I thought the video was truly stunning.”

And Popular Mechanics calls the results the Avata delivers “next level footage.” No wonder: The specs say this powerful midsize zooms through the air at a top speed of 31 miles per hour.

The smaller drones like the Avata are safer and easier to operate — though that’s not to say easy. You can expect to crash and crash again if you’re just starting out, or even if you’re experienced.

Still the Avata is aimed at beginners and it bounces back from the perils beginner’s put it through. It’s not cheap, at just under $1400, but as Space.com says you “get is a cinewhoop FPV drone that anyone can fly confidently to capture stunning FPV video.”