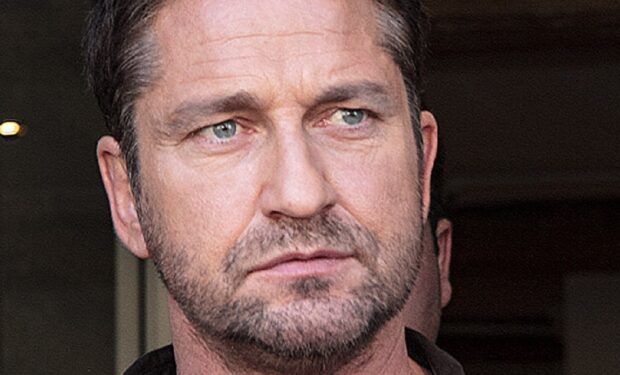 Scottish-born Hollywood star Gerard Butler is known for his roles in a variety of movies including The Bounty Hunter with Jennifer Aniston (below), The Ugly Truth with Catherine Heigl, The Phantom of the Opera with Emmy Rossum, and the James Bond movie Tomorrow Never Dies with Pierce Brosnan, among others.

Butler recently revealed “a little secret” about Last Seen Alive: “I improvised the whole movie. I was only ever shown the first ten pages and even they were thrown away once we were on set. We shot the movie in 8 days. I was drawn to the idea of how it would feel stepping into scene after scene having no idea what was gonna be thrown at me.” He admits: “I was flying by the seat of my pants” and that he “Won’t be doing it again in a hurry.”

Get ready to see more of Butler: he will appear next on the big screen in the action thriller Plane. He stars the protagonist, a pilot who “finds himself caught in a war zone after he’s forced to land his commercial aircraft during a terrible storm.” Plane is scheduled for a January 27, 2023 release.