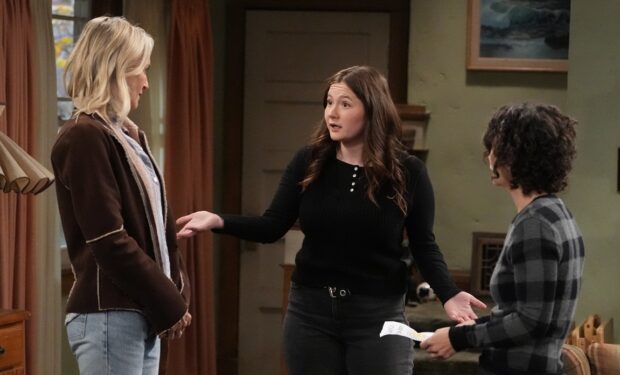 On The Conners episode ‘Book Bans and Guillotine Hands,’ it’s Halloween, and while Dan (John Goodman) encourages the family to decorate the house, Darlene’s (Sara Gilbert) daughter Harris (Emma Kenney) takes a stand on an issue that ruffles a few feathers in Darlene’s new neighborhood.

As noted in the title, and as seen in the photo above, Harris is reading the 1890 novel The Scarlet Letter by Nathaniel Hawthorne, which has been added to several banned books lists. The protagonist, Hester Prynne, has an affair with a pastor, conceives a child out of wedlock, “then struggles to create a new life of repentance and dignity.”

Demi Moore played Hester in the 1995 film, The Scarlet Letter, with Gary Oldman and Robert Duvall. Trailer below.