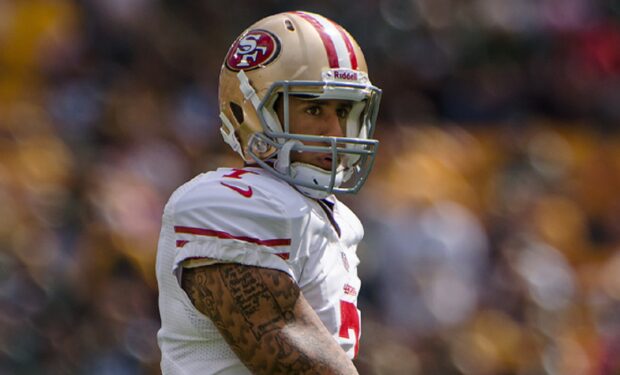 Former NFL quarterback Colin Kaepernick, who famously kneeled during the national anthem before games in protest of police brutality, has become a book publisher.

After publishing his own memoir and children’s book (see above), he is now publishing the memoir of former NBA player Mahmoud Abdul-Rauf (born Chris Jackson).

After playing college basketball at LSU with future NBA Hall of Famer Shaquille O’Neal, Abdul-Rauf (then Jackson) was chosen as the third overall pick in the 1990 NBA Draft by the Denver Nuggets and was one of the NBA’s most accurate free throw shooters. (Jackson converted to Islam in 1991 and changed his name to Mahmoud Abdul-Rauf.)

When Abdul-Rauf repeatedly refused to stand for the national anthem before games in a sign of protest and called the flag of the United States a symbol of oppression, his NBA career — as the title of his memoir suggests — ended In the Blink of an Eye.

In the book promo video above, Abdul-Rauf talks about his upbringing in poverty with his single mom who had an eighth grade education, and being misdiagnosed and mislabeled which he says was “like being invisible.” As a boy, he was misdiagnosed with epilepsy: he was 17 when he found out he has Tourette’s Syndrome.