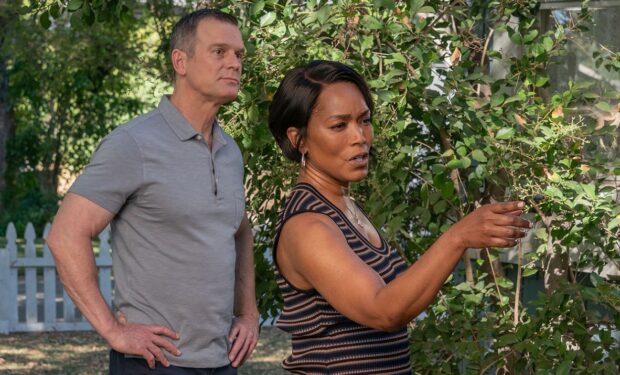 In the 9-1-1 episode ‘The Devil You Know,’ while caring for her ailing dad, Athena (Angela Bassett) and Bobby (Peter Krause) — aka the couple dubbed Bathena — investigate the disappearance of her old friend from 45 years ago.

As seen in the video above, Athena explains that when she was 9, a little girl in her neighborhood (Tanya Kingston) went missing in the middle of the night. She remembers, “Someone just snatched her right out of her bed.”

Athena promised herself that when she got older she would become a police woman and solve the case. Now the body of Tanya Kingston has been discovered.

9-1-1 fans are going wild with worry and speculation. Many have voiced their hope that Athena’s father is not guilty. “Please don’t tell me her daddy did it,” wrote one fan, while another chimed in: “Please tell me her dad didn’t do it pleaseeee.” Another replied: “Holy shit, what if its her dad, i dont wanna know.”