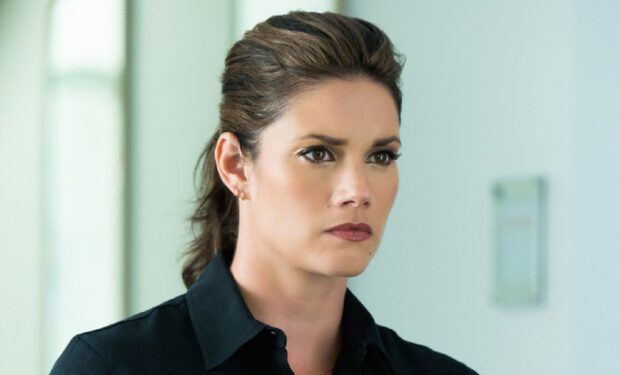 On the Season 5 premiere episode of FBI, ‘Hero’s Journey,’ the team finds out that the bomb that they’re chasing has been acquired by someone else. The team includes Special Agents OA (Zeeko Zaki), Stuart Scola (John Boyd), Tiffany Wallace (Katherine Renee Kane), and Nina Chase (Shantel VanSanten) but no Maggie Bell (Missy Peregrym). Sneak peek video below.

Peregrym starred in the crime drama since day one, in September 2018. Since the series premiere, the gorgeous and talented actress became a mother, twice. Her son, Otis, was born in March 2020, and her daughter Mela was born in June 2022.

With the sweet photo above, Missy wrote: “I will be returning to work in September. I’m relieved and grateful that I am afforded the space to bond with my family, to rest and heal and be a mother (which is harder than work!). I understand this is a luxury, and I wish every mother/parent/caretaker had this too.”

So while Missy is not featured in the Season 5 premiere episode of FBI, she will appear in the third episode, which will air on Tuesday, October 11.

FBI airs Tuesdays at 8 pm on CBS, right before FBI: International at 9 pm and FBI: Most Wanted at 10 pm.