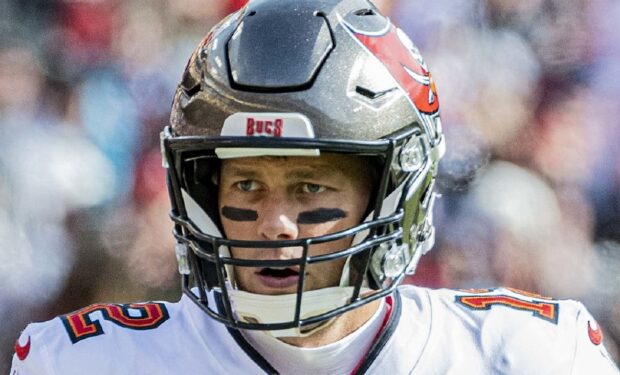 Tom Brady and the Tampa Bay Buccaneers have had trouble with the Saints, who — when it comes to playing Tampa Bay — have a tendency to come marching in.

Brady admitted that his failure to come up with a W against New Orleans of late has weighed on him (TB was 0-4 against the rival) but on Sunday the Bucs finally got that much-wanted victory.

It was ugly, but they got it. And Brady humblebragged afterwards, saying “the ugly ones count too” and crediting his defense for snapping the skid against the Saints. “Great win to get to 2 and 0, shout out to the D for coming up huge again…”

“Flying home to Tampa to get ready for next week, Green Bay coming to town let’s go,” says Brady.

“Just an emotional game, I think a little better execution helps all the way around,” Brady told the media afterwards. “Defense played great, line fought hard, all the guys that were in there fought hard. Tough team. Really well-coached. A team we really struggle with so feels good to win… just emotions.”