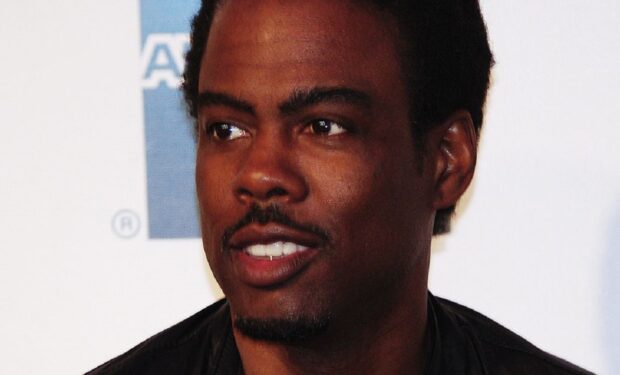 Chris Rock glares at Javier Bardem, challenging him to take advantage of this “opportunity.” And Bardem’s face returns something of a perpetual glare, being one of the most enigmatic and charismatic countenances a movie camera has ever captured.

It’s the trailer for Look at Me, premiering at the Venice Film Festival on September 9, and Bardem’s intensity seems to exert its own gravity. Indeed, Rock’s orbit seems jeopardized, almost overwhelmed, by Bardem’s pull — but then suddenly, in the briefest of moments, the dancer Savion Glover steals the scene.

The scene-stealing interruption is Glover’s dancing, that grand timeless hoofer music — here being made in a cage — and it lends the proceedings a haunted quality that even Bardem’s face doesn’t outdo.

Director Sally Potter shares (below) more poignant and “blue” action from the film, which looks poised to make some noise with its exploration of opportunity and regrets. Making noise, of course, is something Glover is familiar with, having once owned Broadway in the juggernaut Bring in ‘da Noise, Bring in ‘da Funk.

The video below is sure to make you feel awed and inspired.