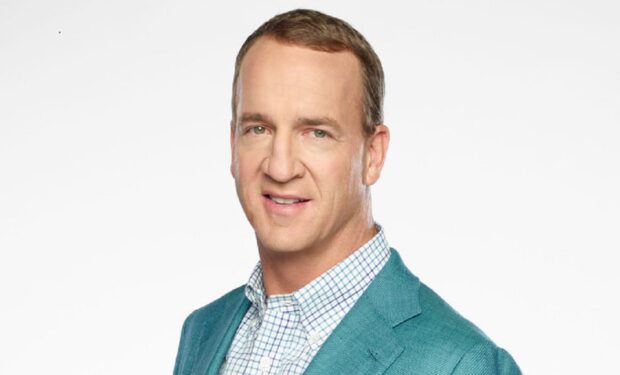 When former NFL quarterback Peyton Manning learned of the death of Queen Elizabeth II, he shared the photo below. It was taken at the White House with then-President George W. Bush, First Lady Laura Bush, the Queen and the late Prince Philip, and Manning’s wife Ashley Manning.

Some fans joked: “George making that sly move on Mrs. Manning,” and “easy George,” while others appreciated the gesture: “I love the hand grasp between your wife and the president.“

Get ready to see more of Peyton: he’s hosting the game show Capital One College Bowl, which airs Fridays at 8 pm on NBC.