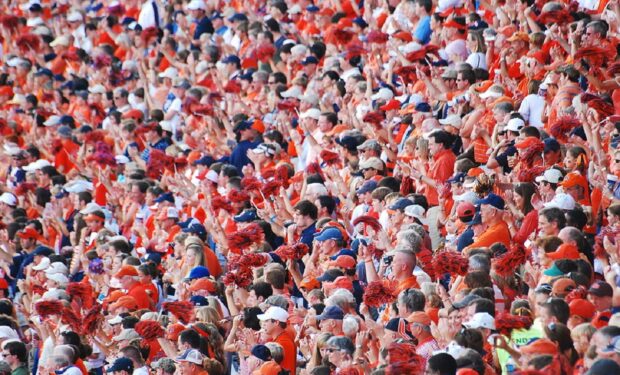 Talking about Penn State‘s big trip down to Auburn this weekend, Penn State head coach James Franklin heaped praise on his opponent before the big game. Penn State beat Auburn last September in Happy Valley, but this will be a much different atmosphere as the Nittany Lions head into Jordan-Hare Stadium on Saturday.

What’s Franklin thinking? He coached in the conference for three years, he reminded reporters, so he knows a little about the environment they’ll face against the Tigers. But on the field, the specifics? Franklin said he was impressed by Tank Bigsby “obviously.”

But Franklin was quick, so to speak, to namecheck “their wide receiver No. 6, Ja’Varrius Johnson,” calling Johnson a “guy that can really run, a 10.3 100-meter guy.” That’s fast fast. The world record for the men’s 100-meter held by Usain Bolt is an astonishing 9.58. Keep in mind that the women’s world record is 10.49, a Florence Griffith-Joyner mark untouched since 1988. Johnson beats it easily at 10.3, and he’s not an Olympic track athlete.

Franklin also shouted out quarterback Robby Ashford, “who we recruited out of high school.” Ashford is an “explosive athlete” who Franklin calls a “changing-of-pace quarterback.” Here’s the full Franklin presser: