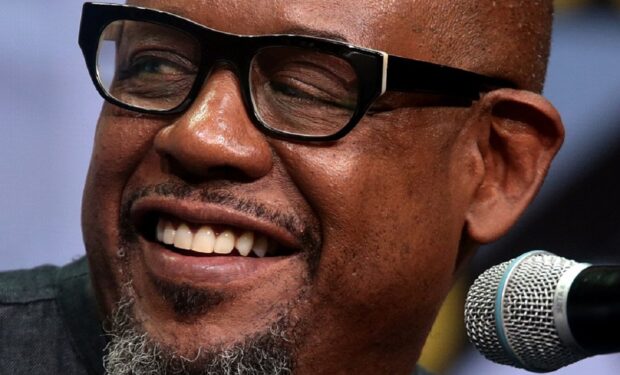 Academy Award-winning actor Forest Whitaker was awarded the Atlantic Council Global Citizenship Award this week for his work — and the work of all the young peacemakers, as he noted — at WPDI, the Whitaker Peace & Development Initiative. Whitaker founded the NGO in 2012 “to promote the values of peace, reconciliation, and social development within communities impacted by conflict and violence.”

Whitaker won the Best Actor Oscar for his mesmerizing performance as despot Idi Amin in The Last King of Scotland (2006), but it is an omission to describe him as mainly an actor, despite the accolades.

WPDI does a better job of portraying the multifaced Whitaker’s career and priorities, describing its founder as an “artist, social activist, SDGs Advocate, and UNESCO Special Envoy for Peace and Reconciliation.”

The Atlantic Council praised Whitaker and his foundation for “empowering the next generation of peacebuilders.” Whitaker’s foundation trains people in dangerous, volatile, war-torn societies to use various techniques in conflict resolution, mediation, and peacebuilding. Conflict around the world, Whitaker said, is “stealing from young people their innocence and their lives.”

“Spread compassion,” Whitaker instructed the audience — because efforts at peacebuilding are both large and small in their many manifestations. “Something as small as a smile,” he said, can begin the process.