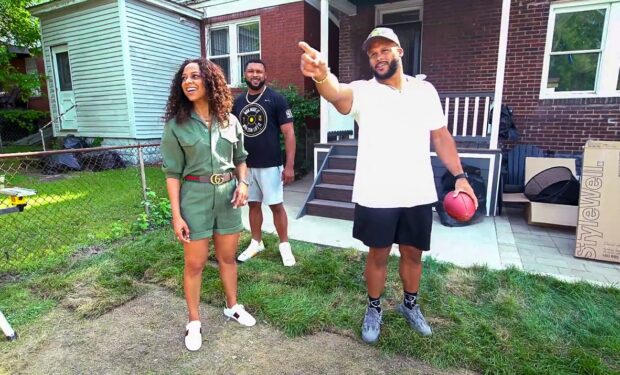 The 31-year-old defensive tackle with the Los Angeles Rams grew up as one of three children in a working-class family in the Pittsburgh neighborhood of Lincoln-Lemington-Belmar.

According to ESPN, at age 12, with the encouragement and guidance of his father, Aaron started to wake up at 4:30 am to work out for close to two hours in the basement gym of their family home.