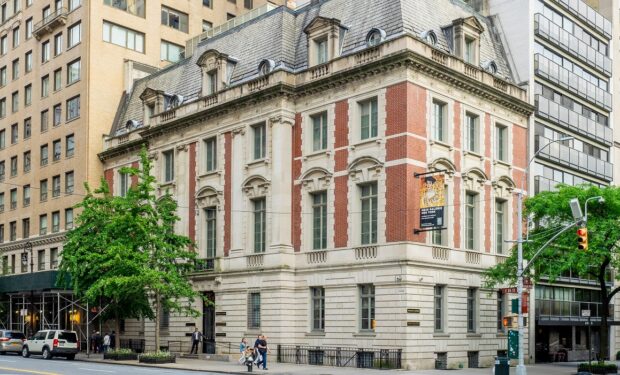 Neue Galerie is celebrating its twentieth anniversary with a presentation of Austrian Masterworks from the Neue Galerie including the famous 1907 Portrait of Adele Bloch-Bauer by Gustav Klimt (below).

The presentation also features Carl Moll’s 1905 White Interior (below), which is on view for the first time at the Neue Galerie. The woman in the painting is Berta Zuckerkandle. She was known as “the grande dame of Viennese modernism” and was a vocal supporter of Klimt, Moll, and others in their circle.

White Interior was originally owned by descendants of Zuckerkandle for more than a century, and has “remained hidden from the public” until it was auctioned in Philadelphia in 2021.

White Interior was bought for $4.75 million by an anonymous American buyer. It is the only figurative Carl Moll painting ever sold at auction. In the video above, with White Interior, is the Neue Galerie’s founder Ronald S. Lauder, the cosmetics magnate, and the museum’s Director, Renée Price.

Austrian Masterworks From the Neue Galerie closes on October 24, 2022.