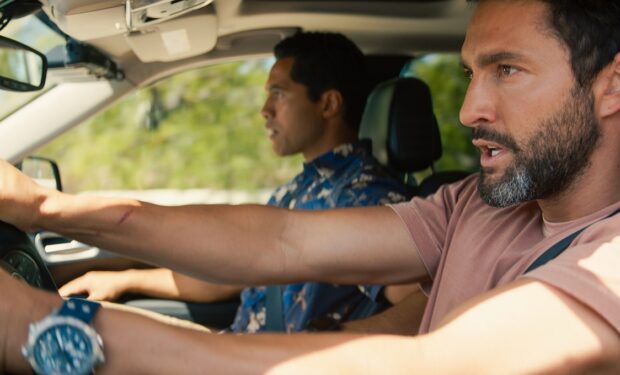 On the NCIS Hawaii episode ‘Blind Curves,’ the NCIS team investigates the world of illegal street racing after a Marine staff sergeant’s body is discovered in a junkyard.

As seen in the sneak peek video above, the team turns to Agent Jesse Boone (Noah Mills) as their “resident expert” on cars.

Jesse says he got into cars and street racing a long time ago. “It all started when I watched the Fast and Furious.” That comment falls flat on the ears of his colleagues. Playful insults (including one directed at Nora Ephron fans) ensue.

NCIS Hawaii airs Mondays at 10 pm on CBS, right after NCIS at 9 pm.