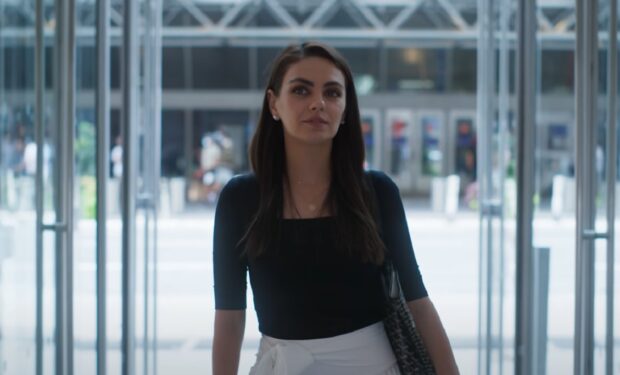 When not spending time at home with her husband Ashton Kutcher and their children, actress Mila Kunis is promoting her new film, Luckiest Girl Alive, which is based on the novel of the same title by Jessica Knoll.

Mila plays the protagonist Ani FaNelli, a young woman in New York City who’s engaged to a handsome wealthy young man and is about to be promoted to editor at The New York Times Magazine. Everything in her life is looking up, until she’s faced with a trauma from her past that makes her life unravel.

Ani’s mother is portrayed by Connie Britton (Nashville, Friday Night Lights) and her boss at The New York Times who tells Ani “your voice is simply peerless” is portrayed by Jennifer Beals (Flashdance, The L Word).

A post shared by I am Me! Call me T! (@xlwordfiles)

Luckiest Girl Alive will be released via Netflix on October 7, 2022.