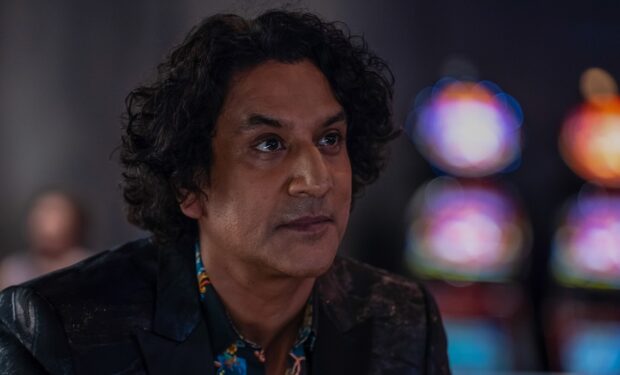 In The Cleaning Lady episode ‘Lolo and Lola,’ when not entertaining her in-laws who are in Las Vegas visiting, Thony (Élodie Yung) must help Arman (Adan Canto) by meeting with Robert Kamdar (Naveen Andrews), Nadia’s (Eva De Dominici) “gregarious and charming ex-lover.”

The British-American actor Naveen Andrews is best known for his role on Lost, as Sayid Jarrah, a former communications officer who served in the Gulf War, was captured by the U.S military, and then worked for the CIA. Andrews’ character on Lost also fell in love with a character named Nadia.

Andrews was nominated for a Primetime Emmy Award and a Golden Globe Award for his role as Sayid on Lost.

The Cleaning Lady airs Mondays at 9 pm on FOX, right after 9-1-1 starring Angela Bassett at 8 pm.