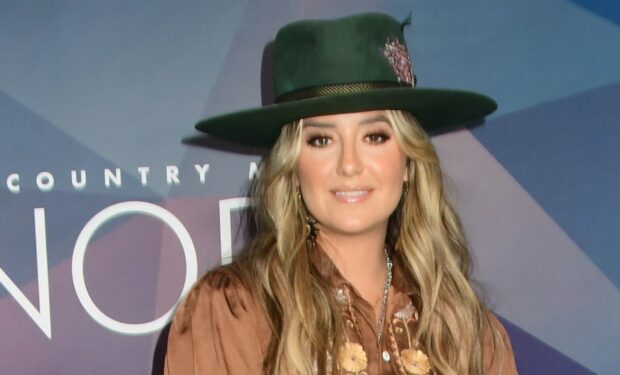 The Academy of Country Music is celebrating the 15th anniversary of its special event, The ACM Honors, on FOX on Tuesday, September 13 (8 pm ET). A handful of country music’s finest including Miranda Lambert, Shania Twain, and Chris Stapleton, among others, will be honored.

For the televised event, Lainey Wilson flaunted her curves in a pair of metallic chocolate bellbottom pants (see above).

As seen in the photos above and below, Lainey has those pants in multiple metallic colors.

Note: Lainey’s new album is titled Bell Bottom Country, which will be released on October 28.