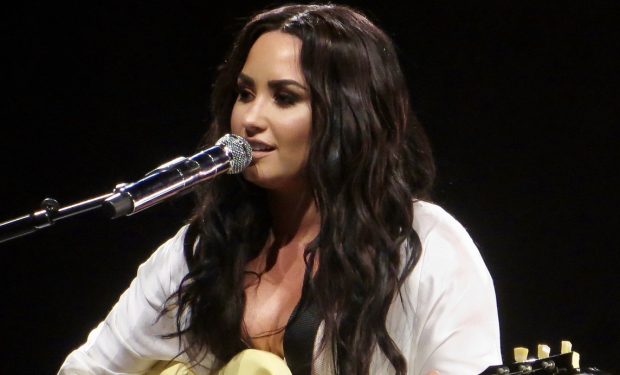 On Instagram stories the enduringly popular entertainer Demi Lovato announced that their current tour will be their last. “I’m so f***ing sick I can’t get out of bed. I can’t do this anymore. This next tour will be my last. I love and thank you guys.”

Fans, of course, are hoping Lovato will change their mind, as they’re prone to do. Lovato is touring after the release of their eighth studio album on the ‘Holy Fvck’ tour. And what’s strange, even accounting for the magic of show biz and the power of photography, is that in photos from South America Lovato looks anything but sick on tour. Lovato looks radiant.

Here she is in Buenos Aires:

And here is Santiago, Chile just days ago, during the same period when Lovato says rising from bed is nearly impossible.

Fans hoping Lovato will have a change of heart have plenty of reason for their hopes. Starting over and trying again is Lovato’s chief theme. Even her 2021 release, accompanying a film, is titled: Dancing With The Devil…The Art Of Starting Over.