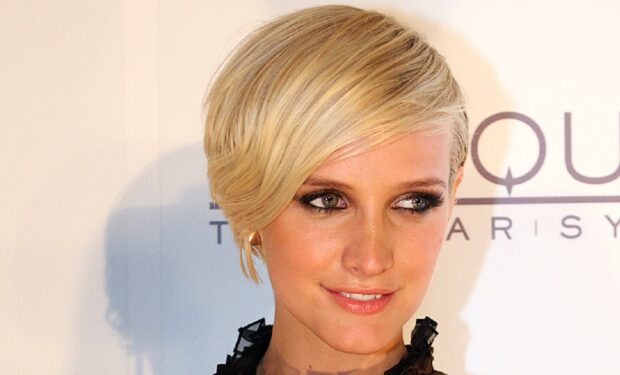 Demi Lovato is pumping big energy into her Holy Fvck tour and she’s also honoring what the Beatles sang: she getting by with a little help from her friends. On the YouTube Theater stage in LA, Lovato welcomed her pal and fellow aughts icon Ashlee Simpson — now Ashlee Simpson Ross, of course — to the stage.

And fans were all over this hard, bouncy, chaotic, nostalgic performance of Simpson’s 2004 hit “Lala.”

You make me want to scream, goes the lyric, and effusive fans complied! Lovato shared the video above saying “Thank you Ashlee Simpson Ross” and her duet partner responded: “I had the best time with you! Thank you.”

But it’s clear that the fans were really the ones having fun — that’s a trip down a memory lane that’s 18 years long, and both women (and the fans too doubtless) have been through a million changes in the nearly two decades since “Lala” was everywhere.

“What an amazing surprise,” wrote one fan, the comment sandwiched between ten different ways to say iconic.

Even when Lovato has no help from her famous pals, this tour is pushing a hard edge.